How Cryptocurrencies Will Reshape Our World 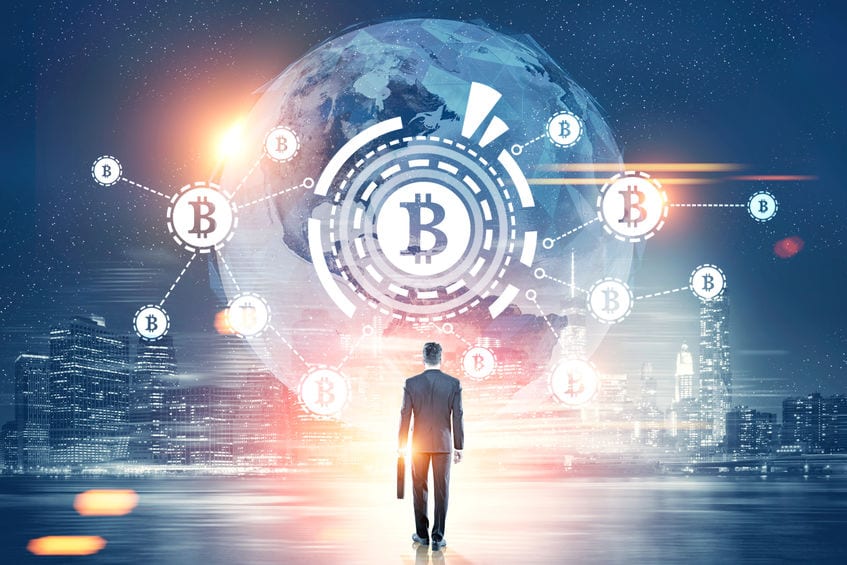 When creating the technology behind Bitcoin, Satoshi Nakamoto envisioned an efficient, peer-to-peer payment system that required no institutional involvement. Ten years later, beyond changing payment systems or inciting wild investor frenzies, the technology at the heart of Bitcoin holds the potential to have a profound impact on the world’s social sector in the 21st century.

Though the word ‘blockchain’ is currently most associated with various forms of digital currencies, the technology can be used to record virtually any form of data exchange in a secure and trustless manner. Anything from property sales to supply chain management can benefit from the simplicity of an open cryptographic ledger. By using a distributed validation process for these types of exchanges, the need for third-party verification (auditors) is completely negated, saving individuals and businesses valuable time and money.

Similarly, blockchains used by governments would enable automated compliance systems and remove the need for many of the current government surveillance entities such as IRS. With incomes posted on a blockchain, the function of the IRS could be carried out with a simple autonomous contract.

Blockchain technology is only in its infancy and has yet to realize its full potential. Currently, only 0.5 percent of the world’s population is using a form of blockchain, while more than 50 percent of the world’s population uses the Internet. As blockchains begin to show everyday use cases, its adoption is likely to explode the way of the internet.

In a webinar for Forbes.com, Mercy Corps’ Ric Shreves challenges the audience to “imagine a technology that could allow an artist to automatically donate 50 percent of royalties from a specific song to their charity of choice; that could help homeowners conserve electricity with a ‘smart’ refrigerator and then automatically donate the money saved to charity.” These kinds of systems can be easily created and self-governed with blockchains.

In many regards, humans are wasteful. We waste energy, we waste gas, we waste water. One of our biggest wasted resources is food. According to the World Food Programme, 815 million people (one in nine people in the world) go to bed hungry every night, and one in three suffers from some form of malnutrition. In contrast, the National Food and Agriculture Organization found that roughly 33 percent of food produced in the world every year — over 1.3 billion tons — is wasted or lost.

If all food production were accounted for on a single ledger, supply chains could become more flexible and allow for the dynamic rerouting of unused food. As an example, if a shipment of produce to Kroger does not meet their standard of quality, a blockchain- enabled smart contract could quickly and dynamically reroute the shipment to another grocer — or to a charity — without an enormous additional expense.

Blockchains can also govern the redistribution of our other most wasted resources, including energy. Energy is an expensive and environment-taxing resource to produce, and much of the clean energy is wasted. With a simple smart contract, a family with solar panels could automatically donate or redistribute their surplus energy to their grid-reliant neighbors.

Not only will blockchains allow philanthropy to become a seamless part of our daily lives, they will also increase the transparency of charitable organizations. With the open and autonomous nature of blockchain smart contracts, contributors to a charity can each hold a real-time copy of the fund’s ledger and verify that their contributions are being used as promised.

Governments, while reluctant to embrace a decentralized currency, will likely adopt some form of blockchain-based voting to strengthen and secure their democratic processes. A blockchain system will add integrity to existing voting systems, enabling secure and anonymous voting and removing the possibility of electoral fraud — which has been a topic of great concern in the United States.

As Bitcoin’s blockchain prevents anyone from double- spending BTC tokens, a voting chain prevents any users from casting a double-vote, as well as preventing any tampering with the collected data. The votes can also be cast from anywhere in the world without compromising security, allowing someone in active military duty to participate in democratic processes without the need for an absentee ballot.

While helping the government itself, this system will also add the benefit of trust in a time when the public trust in government is at an all-time-low. Participants in a vote can watch ballots being counted in real-time on the ledger and they can be confident that the votes are real and accurately reported. With a paper ballot system, there are many points of vulnerability in which votes can be miscounted, misreported, or even edited.

Aside from voting, blockchain technology can be used to replace government auditors and intermediaries entirely, saving countries millions of dollars every year. Traditionally, revenue services such as the IRS attempt to collect taxes from citizens after the transactions have already occurred, counting on intermediaries and citizens themselves to correctly report the amounts of income. If a government introduced their own cryptocurrency and issued wallets to each citizen, revenues would be recorded openly and reliably in real time on a ledger, allowing taxes and tax returns to be automatically calculated and deducted by smart contracts.

Additionally, if a government operated with blockchain technology behind it, issues of budget and supply mismanagement would be a thing of the past. According to USA Today, a recent federal spending report showed $619 billion dollars went missing from 302 different federal programs. The Department of Health and Human Services failed to report nearly $544 billion in Medicare spending, the Department of the Interior did not report any spending for almost half of its assistance programs, and the White House itself failed to report spending for any of the programs it is directly responsible for. Not to mention the Pentagon’s logistics agency lost track of over $800 million earlier this year.

With the sheer amount of money and the number of programs that the government is responsible for, a blockchain is crucial for proper management. Keeping all of that data organized on a continually validated database would increase the government’s efficiency exponentially, eradicate a multitude of losses, and eliminate the need for retrospective budget reporting altogether.

For a comprehensive look at this new technology, check out my new book Blockchain 101, in which I explain everything from the structure of distributed ledgers to the functions of individual tokens — in terms that you, your Grandma, and your inner third-grader can understand.