Cryptocurrency In The Cannabis Industry with Dillon Bracken

When you have an influx of cash, you have a lot of crimes that happen, too. Crime is bad for businesses everywhere, and that can be a problem. Dillon Bracken from NICCE Coin is solving this problem and then some, including cannabis transactions, from the top down using cryptocurrency. Dillon says it works great for a lot of situations and for a lot of cases, and he explains why.

Cryptocurrency In The Cannabis Industry with Dillon Bracken

I have got a lineup for you and we are starting it out with Dillon Bracken from NICCE Coin. What’s NICCE stands for?

We were talking with Gary Vee and a bunch of the panelists and they were talking about building a bridge. We’ve had to build a bridge to what exists now rather than just being like, “You guys are so far behind us.” You’re building a bridge between government, states, and communities. It’s amazing. Tell us a little bit about that.

NICCE is the only solution to the billion dollar cannabis banking problem for Nevada. It’s going to be $750,000 of cash coming through the system, which is an amazing amount not just for the tax revenue. In Nevada, it charges 13.5% on a state level and also county and city taxes on top of that. Just the economic stimulation from that is phenomenal.

Also, the crime because we heard that from Lilia on stage. She was talking about when you had that influx of cash, we have a lot of crime that happens too.

Some people don’t even realize that first of all, crime in Nevada is bad for business. We are the convention center capital of the world, that’s why we’re doing it this here. People come here to relax and come on vacation and the state dislikes anything that’s going to get in the way of their big income earner and taking care of the people. When you have a society like Vegas and all of a sudden you have millions of dollars moving through the streets due to this, it is a huge problem for the state. They want to take care of it. They made the decision to let recreational and medical happen but they didn’t have a solution of how to handle the cash.

It’s a federal problem at the end of the day. Our banking system is a federal system and you can’t cross state lines.

That’s a huge part of it. I was even talking to the department head for the Police Department here. Sheriff and county is the same for Las Vegas and Clark County. They’re worried about even when people are paying taxes, they have to bring huge amounts of cash. They do not want this to become bloodshed on the streets. What I’m talking about is the state taxes. They don’t want to have an incident in the parking lot in front of the state building.

You are solving a lot of the problems from the top down. I heard you talking about that and I thought that was interesting. Often, we try to solve the problem from the bottom up. Here we are, we’re in the cannabis industry and we’ve got an issue and we’ve got to solve our own problem. Instead, you said, “The reason why it’s not getting solved quickly is there are all these people up the chain. Let’s solve the problem from the top down and make it work for everyone.”

Just to be clear on the problem, there are three would-be solutions. One is cash. It cannot happen. The state is not going to allow it to happen. They’re actively pursuing the solutions and something will be written into law. We have the only real solution but banks are another would-be solution. It’s not that they can’t take the cash, is that it’s not in their economic beneficial interest to do it. It’s expensive because the banks mainly make their money by relending it. When cannabis cash comes in, it’s a high-risk fund. They can only have 10% of their total deposits being a high-risk fund which and they can’t relend it.

You can’t scale it because they’re only allowed to have 10% of their money in that high-risk type of money. That leads to either accounts getting closed which is very terrible for the business. If all of your accounts get closed overnight and you have to figure out another bank solution or they get frozen. There are cannabis companies that have had millions of dollars and they still haven’t been able to get back from the bank. The third would-be solution are cryptocurrencies. There are no other cryptocurrencies that we’ve found that can do what we can do. The reason why it’s such a big problem is that the primary staple of most cryptocurrencies is on a distributed ledger technology.

They are all over the world. Dispersed was another term I heard and I like that term because it makes more sense to people.

There are a couple of fundamental challenges when you’re trying to use that type of technology for this type of money. It works great for a lot of situations and for a lot of use cases but for this specific use case, it’s very problematic to put that money onto a distributed ledger technology. Here’s why. When you have something like a Bitcoin, there’s going to be some servers that are validated in the transactions who have constructive ownership of that specific coin. Those servers are going to be doing this in a lot of different states. When you have that happening in multiple states, it’s going across telecom wires and that’s what’s called wire fraud.

You don’t have control over which server is validating your transaction so you’re not in control of that. Even though you use the computer here in Nevada and that’s totally legal, the minute you have the verification happen, it’s wire fraud.

The other question is, what if we did a proof of stake where you had a smaller server set of validators that you could control to be in the state? The main issue is what’s preventing them that don’t have an actual stake in the business from moving their servers outside. What penalties would they have if it’s a trustless system? Even more so is if it’s then still on some open source network, you can start to see all the transactions that are happening and no one wants it. The government doesn’t want it. The cannabis licensees don’t want it where people can see what their transactions are. If you can start to detect patterns and all of the sudden there’s $5 million of a cannabis transaction happening on these specific days and it’s on a public ledger, that is a crime. We want to walk away from that. We have a private network where it’s not public transactions. The other big thing that we want to stay away from is we don’t want to have speculative coins.

We have what’s called an actual possession token and this is going to be a big buzz term in the future because it’s the only way to make it so that you have completely unforkable technology. When we have our actual possession token, there’s one and there’s only one token. It means you have double spend issue but moreover, it lives on the phone, on the device and it is geo-fenced. It means we can make sure that this transaction that the state needs to have done in the state of Nevada stays in Nevada. We want to make sure that it continues to stay straight. If you go out of Nevada and you walk across state lines, all of a sudden the coin is deactivated on the phone. You have to step back into the state to be able to use it again.

You are solving so many problems and you’ve done a collaboration with all of the government agencies. That’s what you’re working with and the banks. The cooperative that you built has taken you some time. How long has it been since you conceived to the idea?

The company, Onli, started creating a coin technology years ago.

I entered the scene because there was an amazing guy named Cooley that had worked on this specific use case for three years and he had $2 million into it. He was a big retail owner for the cannabis industry. He had this problem and they kept on paying in cash and he couldn’t do anything with it. He started creating a coin with the guys only to solve his problem and unfortunately, he died of brain cancer in February 2018. The project went dark for a few months before and for a few months after his death. I was asked if I wanted to carry the torch and that’s what led to me and our team now taking over NICCE.

You’ve got a great team here. This is what you are missing out on. You’re missing out on cool applications but also great business models of how to scale, how to achieve collaboration and cooperation and get your information market. This is Tracy Hazzard from ChainXChange. 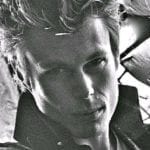 I love luxury properties and am buying in places that I love to travel. Degree in Computer Science and Mathematics. Learned to write business plans, Started flipping houses, turned it into apartment buildings,and now luxury properties.